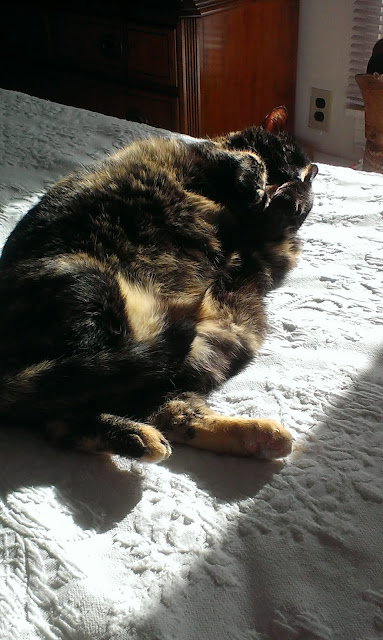 Nadia, aka Nadia the Obese, and more lovingly, Nadie-boo, passed away sometime last Sunday (June 28) afternoon/evening/night. I left the house at about three, and she was gone when I got back at eleven.

She had developed some large masses under the skin around her hip and base of her tail. She also developed a runny nose and eyes, The final insult was congested lungs, and patches of skin peeling off. The latter was not ordinary dermatitis, but peeling of skin a couple of layers thick.

I was feeding her and watering her using a syringe. She took the water and chicken broth, and her kidneys seemed to be working fine.

Nadie was a Tortoise shell cat (as if you couldn't tell from her picture). Torties are known for being moody, if not psychotic. She was also a 'hidey' cat, meaning that she would dive for the nearest safe space if something scared her.

On the other hand, she did get the Shibas under enough control to suit her. 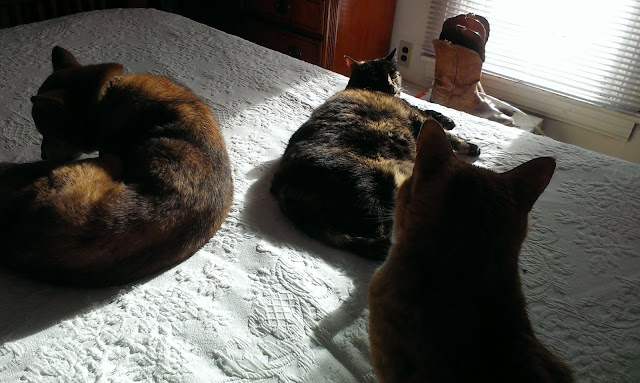 Above is a picture of the very first time Nadia deigned to be on the bed with Suzu. (Like me, Baxter is staring in disbelief.) She eventually tolerated Dakota as well. There were a couple of discussions about territory, though. The fierst time, I was awakened by loud cat vocalizations. I was awakened the second time by a heavy paw in the middle of my back as Dakota made his departure from the bed.

There was some blood spatter on the bedspread the first time, and some bloody paw-prints after the second. Both time I checked noses and faces and paws of all involved, but found no sign of damage.

When it was my bedtime, I would have to encourage her to move over with a shove. I figured out that it was easier to use the bed covers to roll her over to the other side. Once I got in and got comfy, she would come back to my side foe some attention. Her method of notifying me was to put her paw on my arm, and flex her claws. which resulted in a whole bunch of skin punctures.

Out of curiosity, a year or so ago, I did the 'weight me, then weigh me holding her' thing to get her weight.  Guesses. anyone? (Answer below the fold.)

I got Nadia as a companion for Baxter, after Shin-wa got run over (and killed. By me. Worst Saturday ever.) She was a normal size cat when I met her. She and Baxter lived in the garage, because the Mistress of Pain was highly allergic to cats. When I went out to the garage, I would see her peeking out from behind some shelves. After a couple of months of that I decided to pull her out and see how she was.

She was obese. And she stayed that way up until the last couple of months.

During the winter here in Pa, it was not unusual for me to see her burrowed under the covers during the day, so she could keep warm. I'd get home and go upstairs to find a large lump in the bed, with her face just peeking out.

I hope she's with all of her friends who preceeded her, and that she's content. 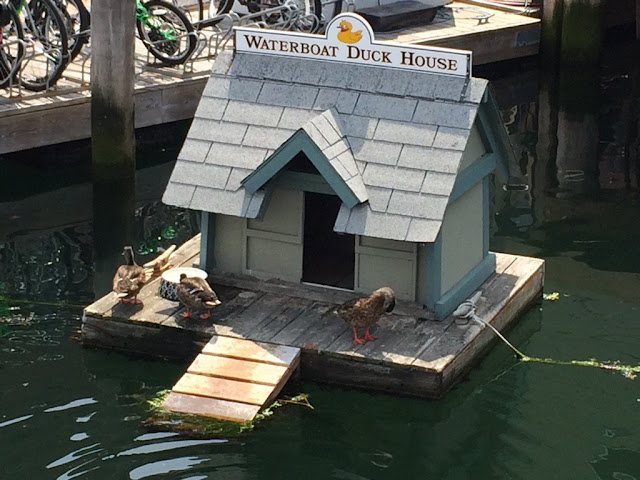